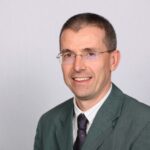 Dr. Gritti’s research interests involve liquid/solid adsorption thermodynamics and mass transfer in heterogeneous media for characterization and design optimization of new liquid chromatography columns/instrument technologies. He developed experimental protocols that helped (1) refine the models of adsorption isotherms used in preparative chromatography for the prediction of the band profiles of neutral and ionizable compounds, (2) develop the detailed theory of band broadening along modern analytical columns in close relationship with the observations made in linear chromatography, and (3) reshape columns and instruments designs to maximize performance and sensitivity in the field of separation science by liquid and supercritical fluid chromatography.

Dr. Gritti has been invited to give 30 seminars, workshops, or tutorials on general chromatographic sciences at universities, discussion groups, or at international meetings. He has delivered over 90 invited keynote lectures at international Symposia and published over 300 peer-reviewed scientific papers. Dr. Gritti was the recipient of the 2013 Chromatographic Society Jubilee Medal and of the 2019 JFK Huber Lecture Award presented by the Austrian Society of Analytical Chemistry for his important contribution to the development of chromatographic science.